Future Revisited shows two installations, “Astroballon 1969 Revisited” and “Brain City Lab – Stage 2”, which were first presented at the Venice Biennale Architecture 2008. The installations were adapted and enhanced, with a fully interactive version of “Brain City Lab” presented for the first time. Visitors experience how their movements influence the generation of a virtual city.

The movement and positioning of the visitors influences information flow, represented by emmited particles. Some visitors act as emitters, others as attractors. Along these lines of information exchange, new axis within the virtual city are created.

Like in real cities, feedback systems create new centers and connections between these. As new centers are formed, others become smaller or dissapear altogether. And much like real urban development, changes are not immediate but gradual. 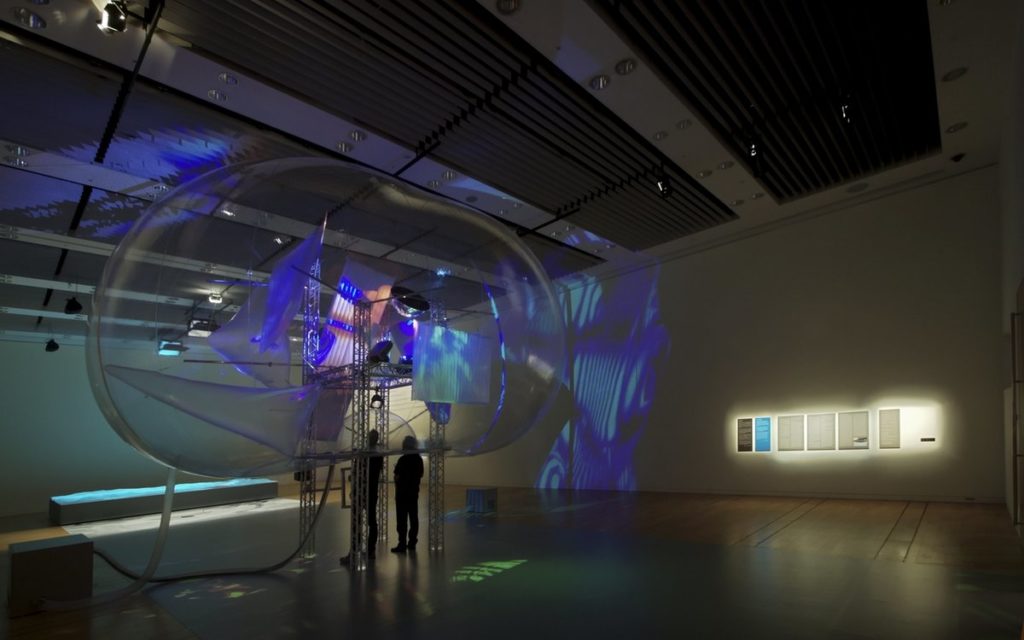 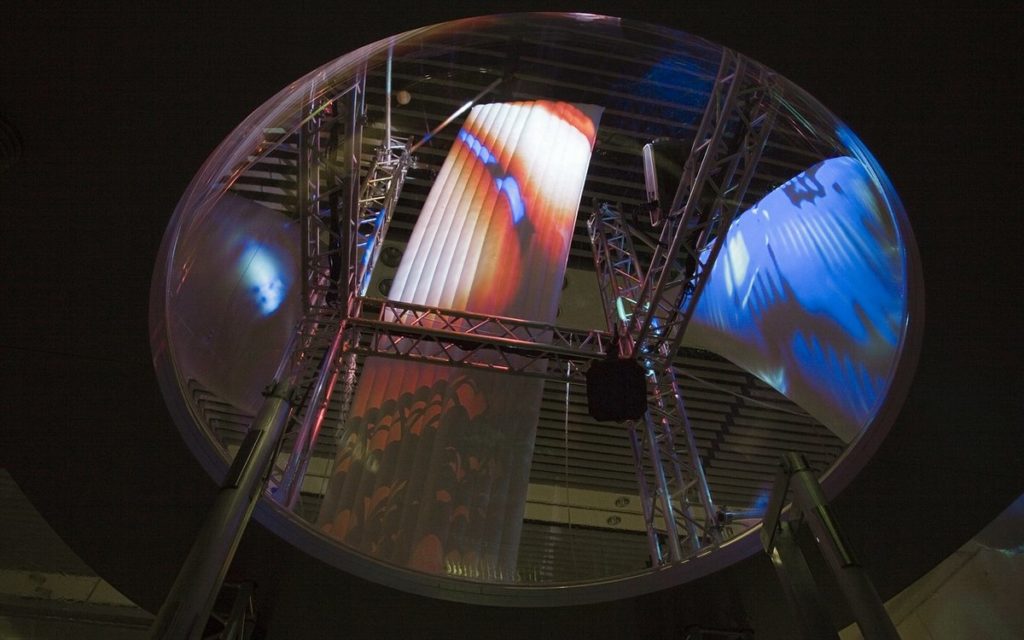 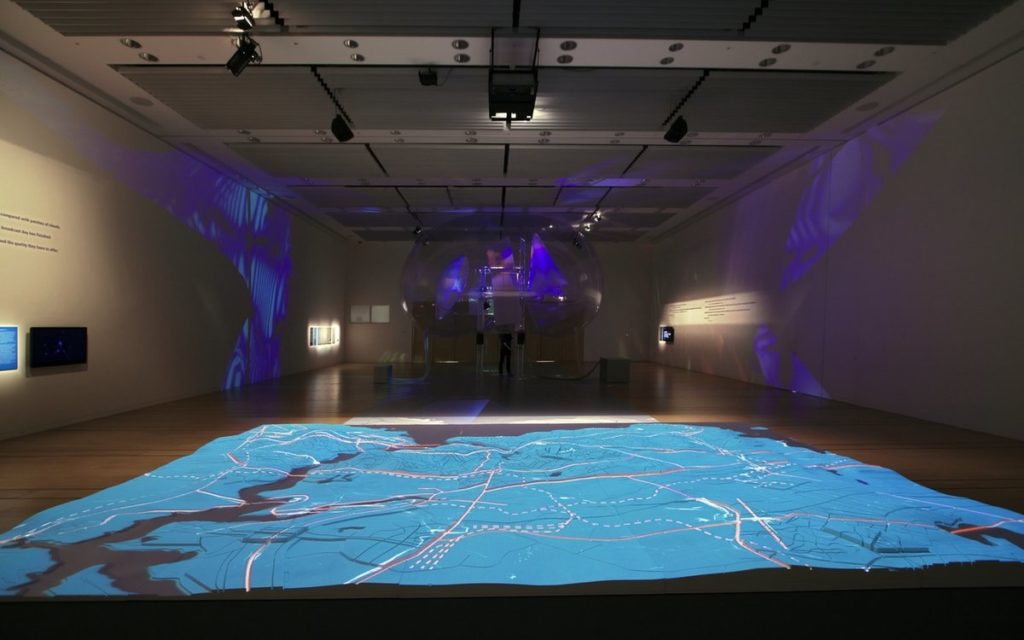 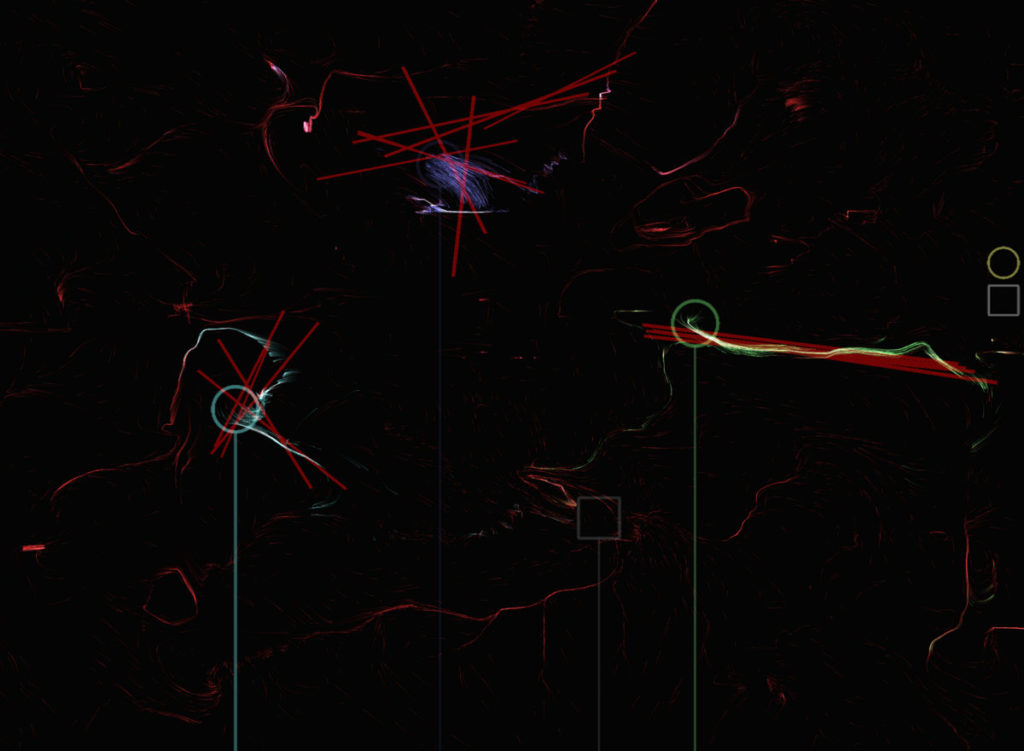 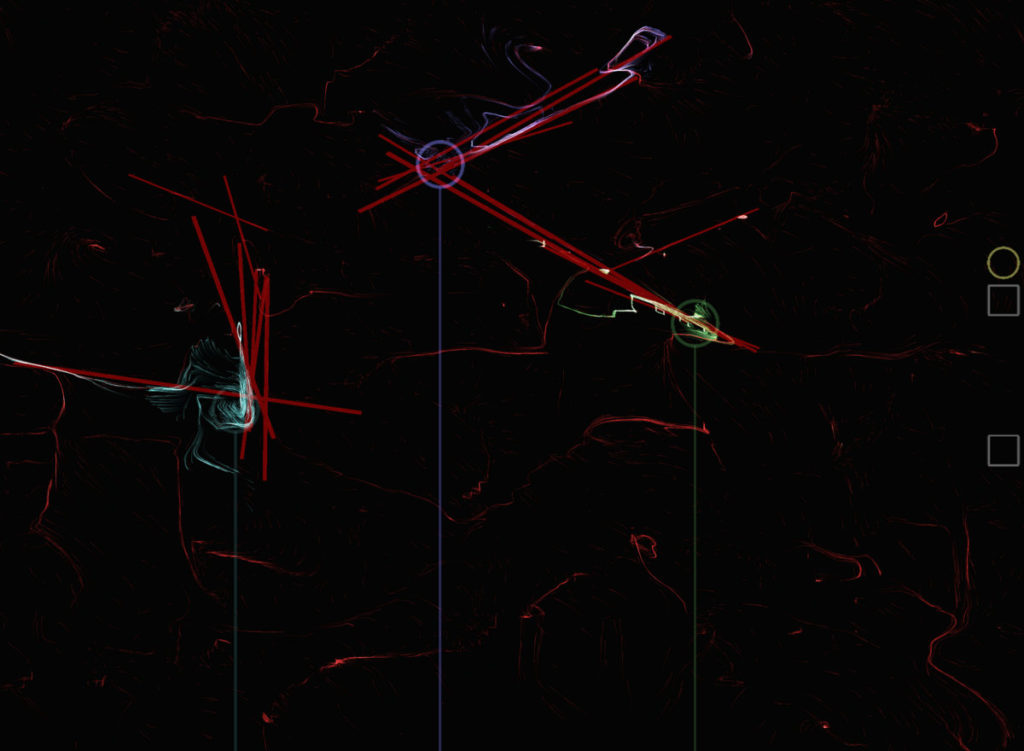 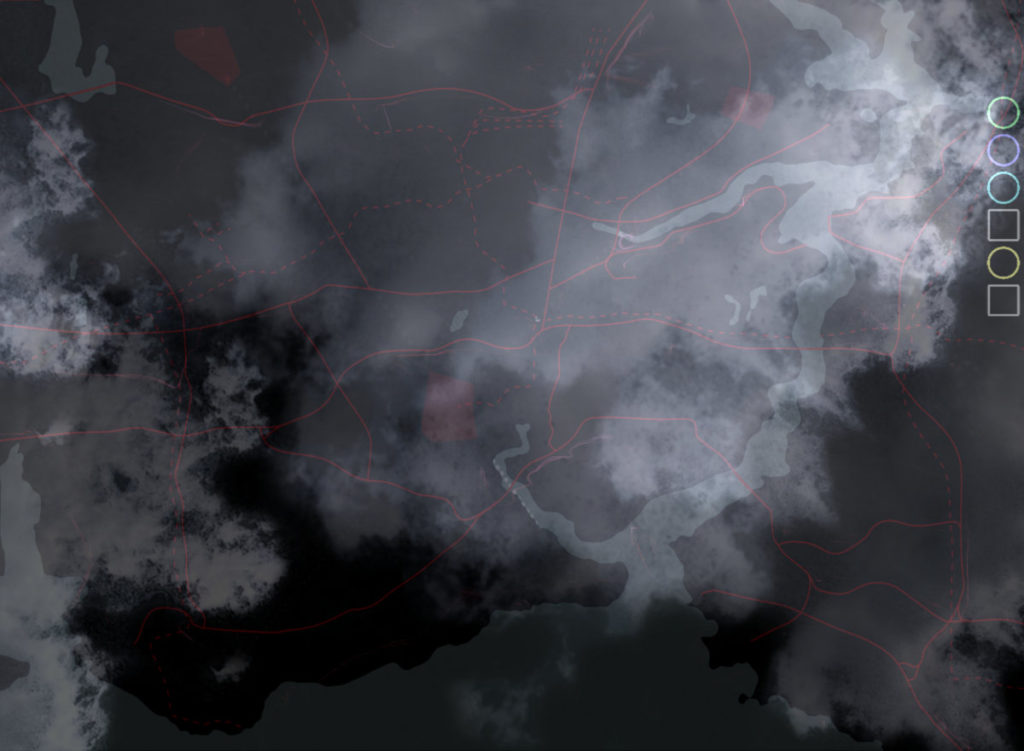 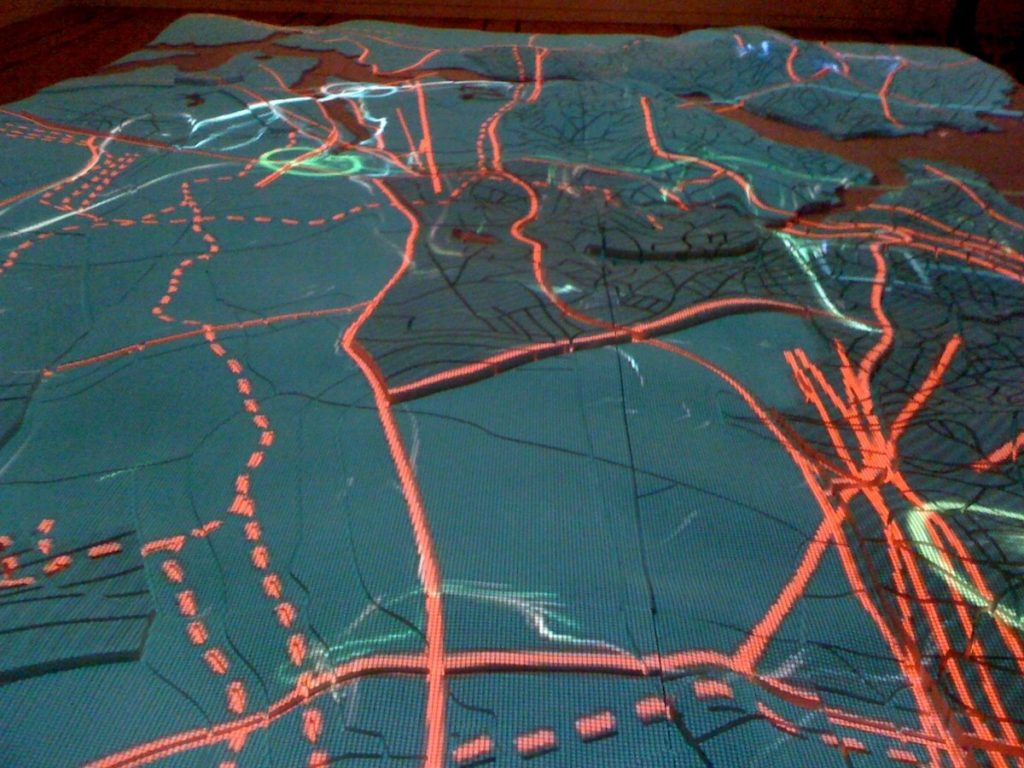 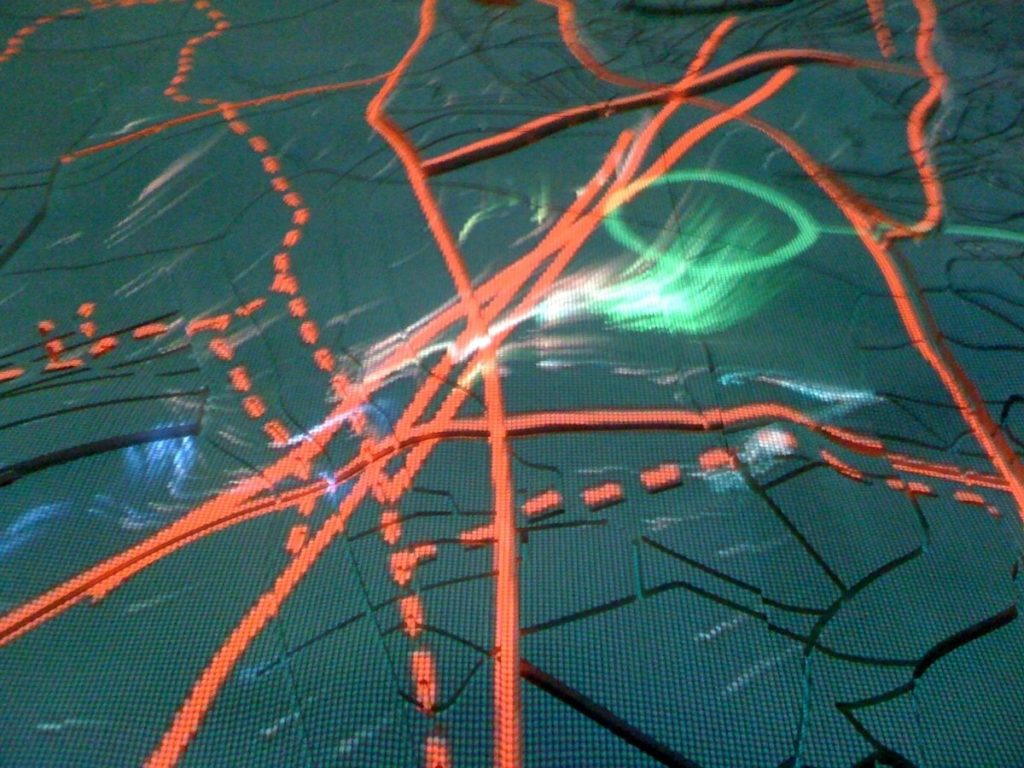 For the Astroballon we used two Polar heart beat sensors with it’s boards attached to an Arduino. The input was fed to an jitter patch that generated both the visuals and the sound.

The tracking for Brain City Lab was done using a videre stereo camera and – again – a custom jitter patch that controlled the flow of the particles and the rise and fall of new cities.