Music video for this time it´s for real by the goatmen.

yes, i did like the idea of a helplessly dangling male that neatly fits the tone and lyrics of the song.
and yes, i did like the idea of torturing my friend for a music video.
but the final push to show the ugly side of adam by hanging him upside down and shooting a portrait-style music video was a comment from one of the PR-guys on the goatmen´s upcoming album: after their first photo shoot a few weeks ago, he actually said something along the lines of „don´t put your portraits on the cover, nobody wants to see the old guys who make this music..“

so here we are, redefining ourselves, starting our rock´n´roll careers at 40plus, rocking the world while our backs hurt, and then this ? never underestimate the creative power of our collective midlife crises, and if necessary, we gonna buy leather jackets and dig out our old western boots!

so here it is: my video for the goatmen´s „this time it´s for real“ ..

.. and some pictures from the shooting with flo „master of rotation“ prix, adam „dangling vox“ swiczinsky and me at the camera. all pictures by lena doppel. thanks you guys. 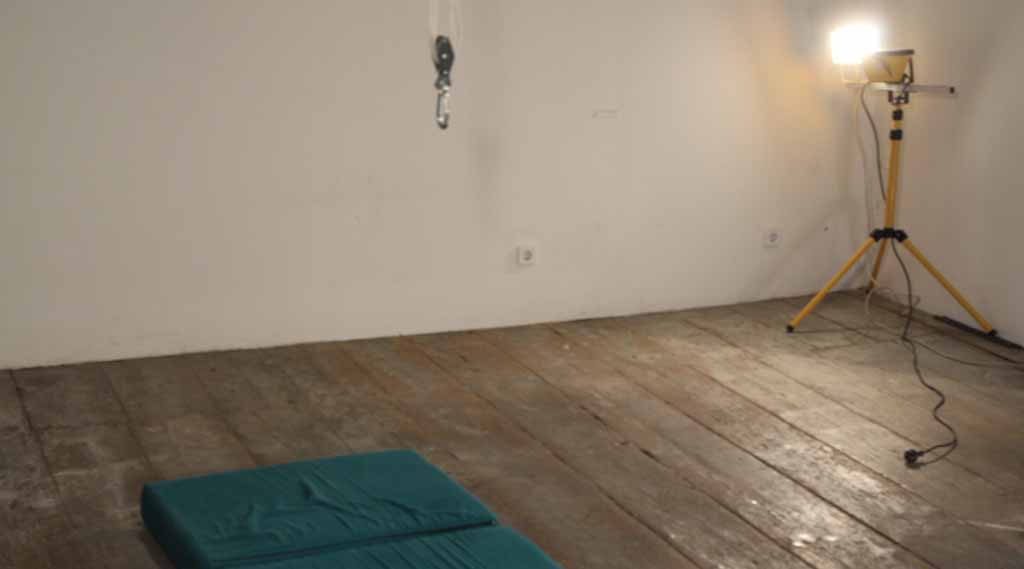 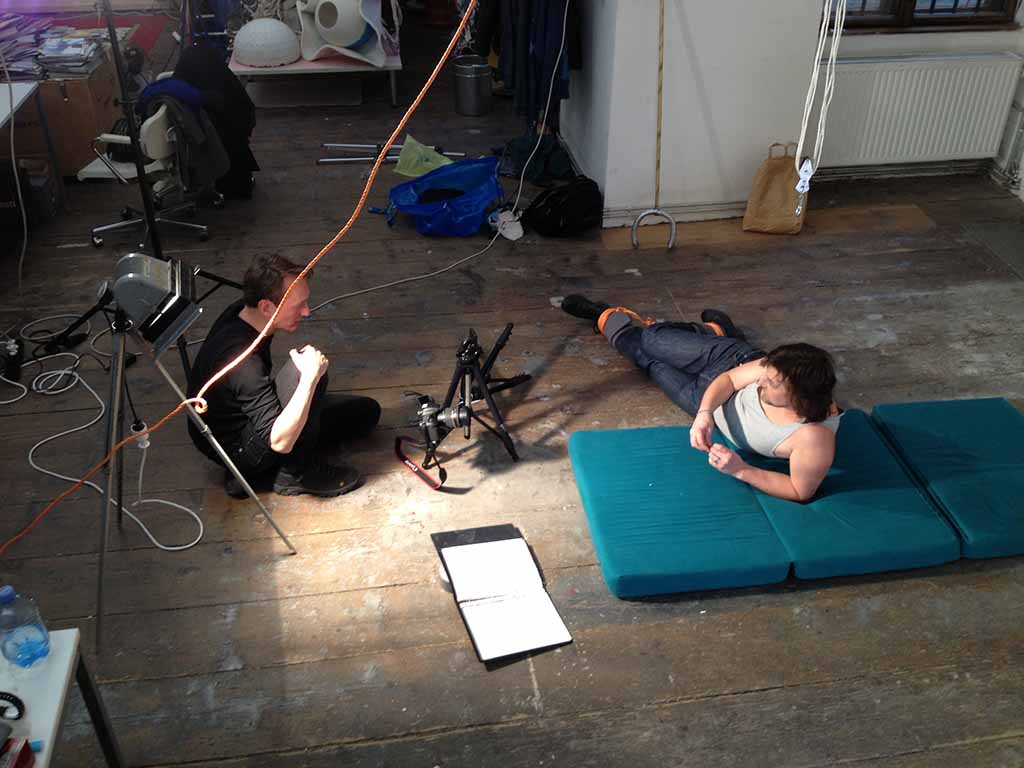 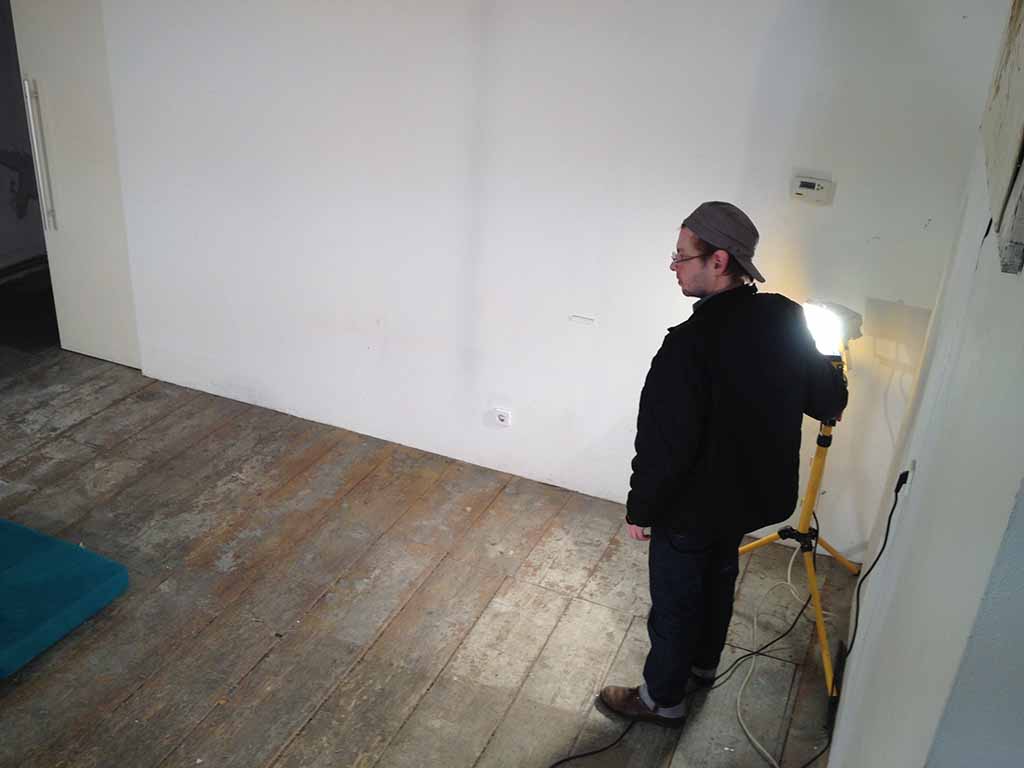 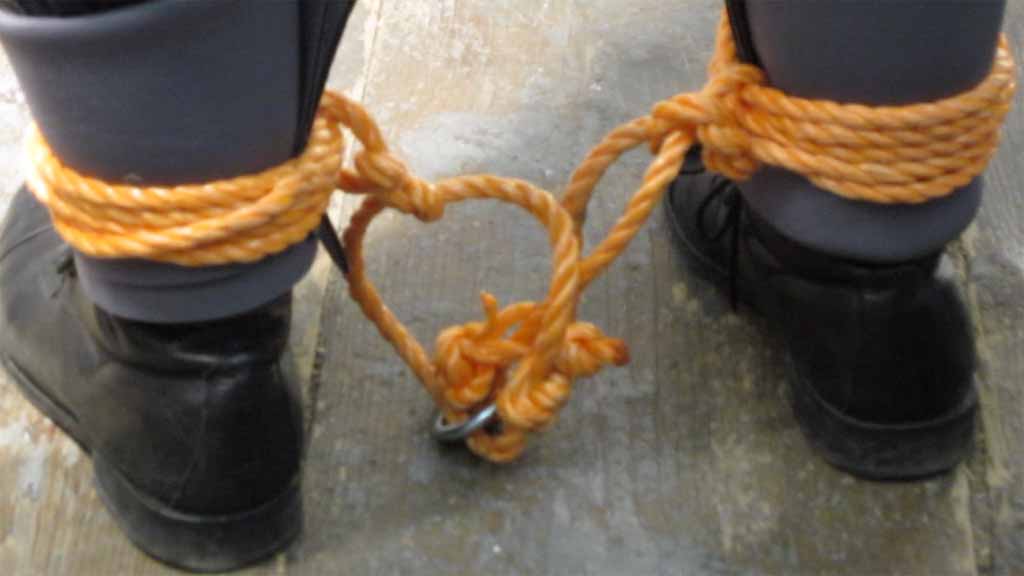 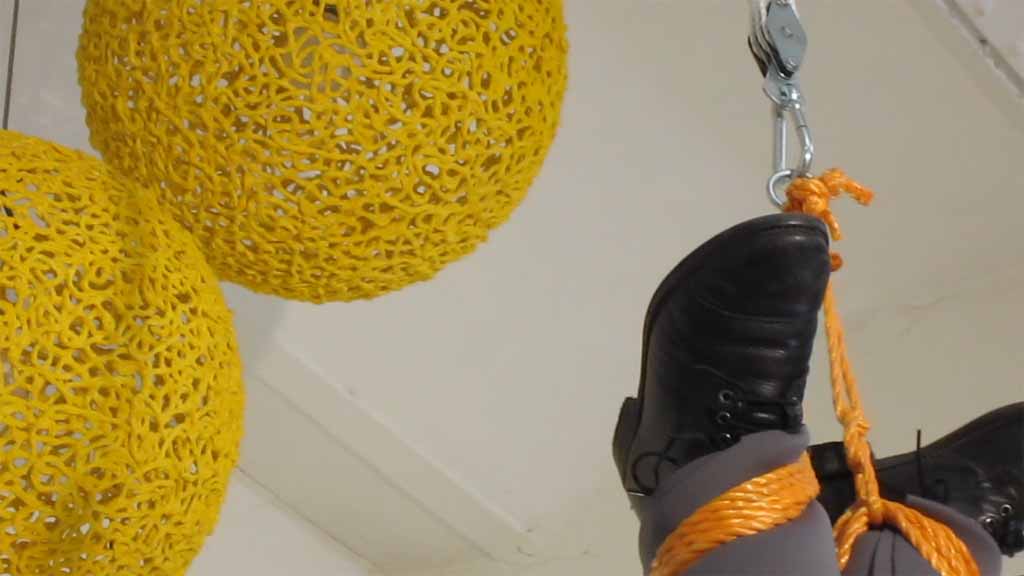 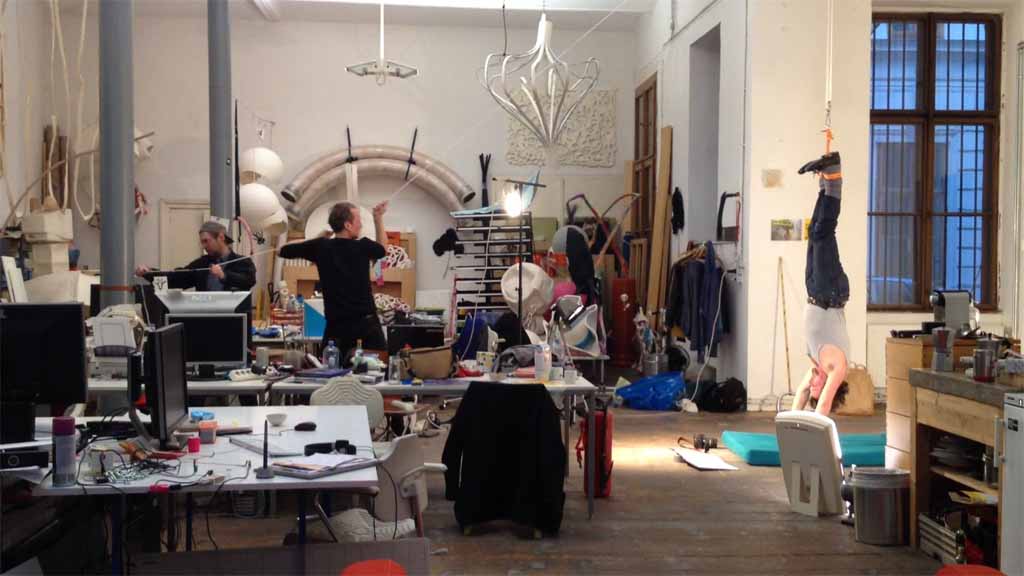 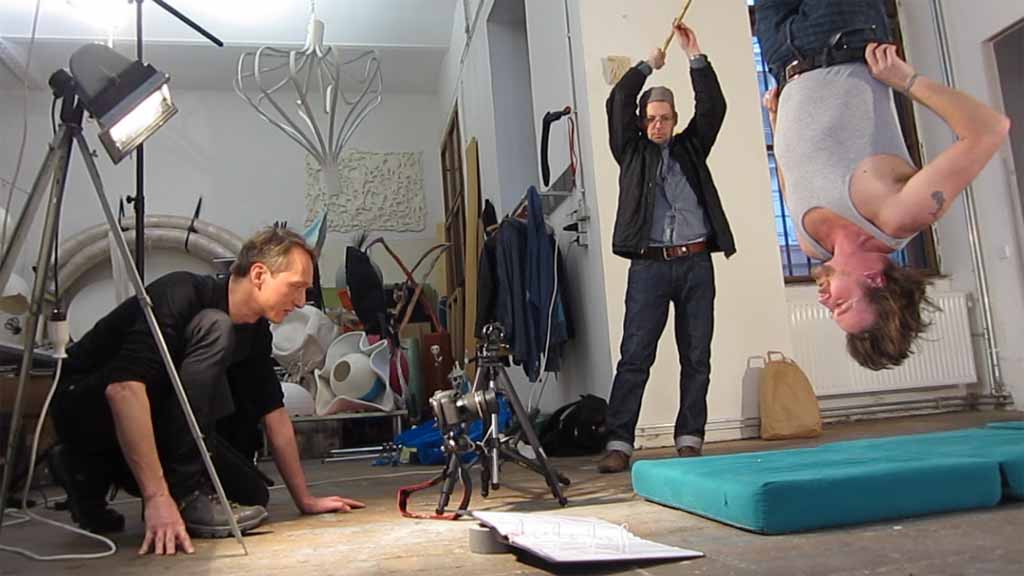 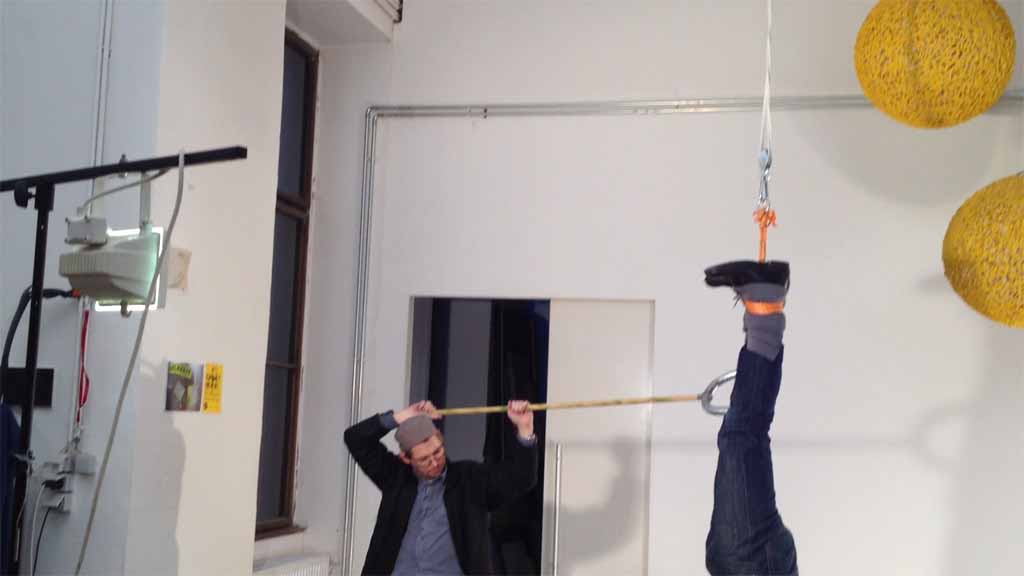 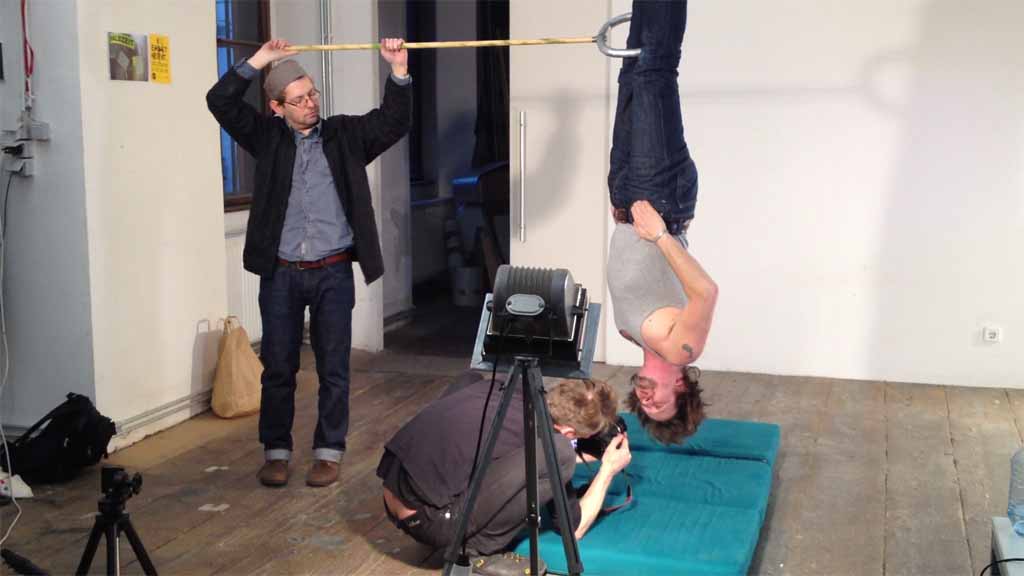 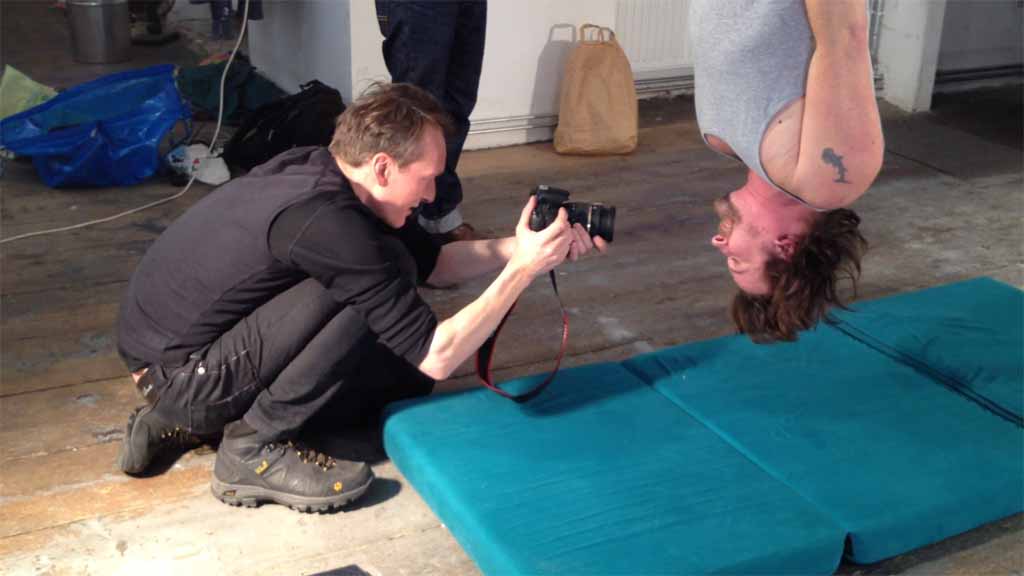 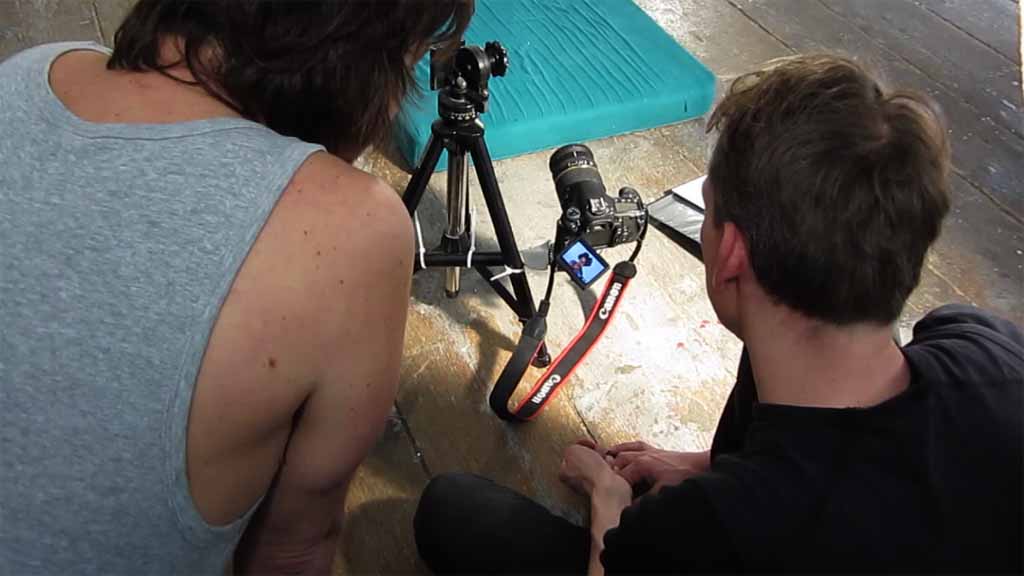